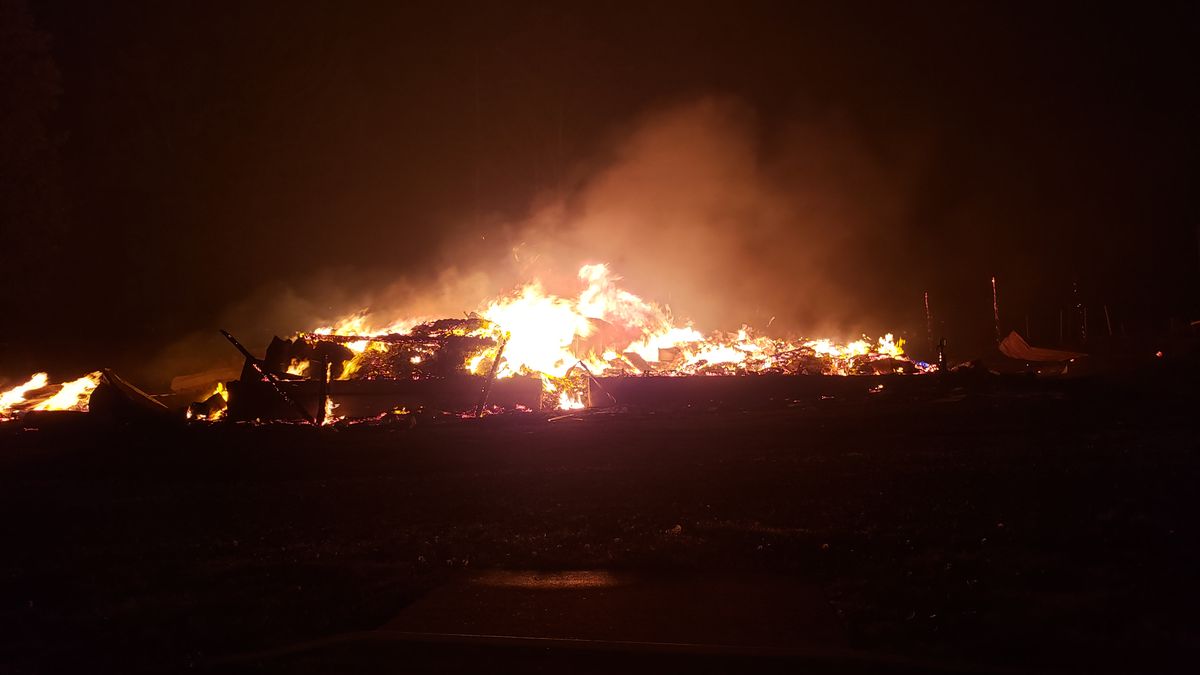 Like many neighborhoods in cities across the country, Atlanta’s Old Fourth Ward is changing.

Condominiums and modern, minimalist homes punctuate city blocks with low-income housing. Many longtime residents of the historic neighborhood where Martin Luther King Jr. was born were priced out and pushed to other parts of the city.

Atlanta Medical Center, a 460-bed Level 1 trauma center, will be next to be changed.

Despite banners proclaiming the hospital’s commitment to the area — “120 years of caring for Atlanta,” it reads — its nonprofit owner, Wellstar Health System, recently announced plans to close the hospital’s doors on November 1st.

Several rural hospitals have closed in Georgia over the past decade, but this year Atlanta has joined other urban centers with facility closures, including an earlier downsizing of a facility in the nearby town of East Point.

Wellstar’s announcement has fueled the political debate about expanding Medicaid ahead of the Nov. 8 midterm elections. Like 11 other states, Georgia has not expanded eligibility requirements for its Medicaid program under the Affordable Care Act, and hospital officials across the state say inaction has hurt their bottom line because they are still treating a large number of uninsured patients, one of whom many cannot afford treatment.

Wellstar’s announcement shocked city officials, including Mayor Andre Dickens, as well as other members of the community.

On a recent weekday, Teresa Smith, 60, who lives in the neighborhood, said she frequently receives treatment there for a chronic digestive problem. “This hospital will be missed by the whole community,” she said.

Liliana Bakhtiari, a member of the Atlanta City Council to whose district the hospital belongs, was harsh in her assessment. “There will be fatalities and critical injuries that go unattended, and I wish that was more important to Wellstar,” she said.

Wellstar declined KHN’s request for an interview about the closure.

Nancy Kane, an associate professor at Harvard’s TH Chan School of Public Health, sees connections between the situation in Atlanta and hospital closures in other major cities.

Many were acquired by large healthcare companies as part of package deals, and largely served low-income minorities.

“If you acquire a hospital, you should have an obligation to fix it,” Kane said. “Wellstar has the funds to invest in this hospital. It’s a choice.”

Some community members are wondering if the hospital’s closure will result in an expensive real estate development on the 20 or so acres Wellstar owns in the neighborhood.

Randy Pimsler, an architect whose practice has designed projects in the area, said: “It could be a blank slate, either for redevelopment or for new developments.”

Politicians were quick to make the closure a campaign issue. And at the center of the debate is Gov. Brian Kemp’s health policy.

The Kemp team is working to put together a long-term plan to strengthen healthcare in the area after the closure, said Andrew Isenhour, a spokesman for Kemp. Kemp, a Republican running for a second term in November, likely won’t try to keep the facility open.

But officials at the nonprofit Grady Health System said this week they met with Kemp’s office, Dickens and officials from Fulton and DeKalb counties about a financial infusion of state funds that will meet the capital needs of Grady Memorial Hospital, a Level 1 trauma center, would cover about a mile from Atlanta Medical Center.

“We can absorb all of the trauma,” said John Haupert, CEO of Grady Health System. Still, the added ER crunch will be a challenge as more patients arrive, said Grady’s chief health policy officer Ryan Loke.

The state funding would accelerate Grady’s existing plans to convert offices into residential care spaces, which would add more than 180 adult beds in as little as a year. The hospital is adding 40 to 45 beds over the next six weeks and plans to set up a 24-bed field hospital to handle the flow of patients from the closed hospital.

The closure puts Medicaid expansion “at the center” of the political conversation, Haupert said. Kemp has proposed a limited plan that provides access to the state insurance program for those who can meet a work requirement or similar obligation.

“It’s no longer a surprise,” Abrams said. “This is expected to happen because the Kemp administration refuses to take action.”

U.S. Sen. Raphael Warnock (D-Ga.), pastor of Ebenezer Baptist Church, less than a mile from the hospital, has also denounced the closure, citing the strain on healthcare facilities caused by Georgia’s refusal to expand Medicaid . Wellstar officials said Medicaid expansion alone would not have kept the Atlanta facility open.

Earlier this year, Wellstar stopped providing emergency room and inpatient services at its East Point hospital, southwest of Atlanta. At the time, it said those patients could be seen at Atlanta Medical Center, about 8 miles away. Haupert estimated that the soon-to-close Atlanta hospital would cost hundreds of millions of dollars to modernize, making a rescue difficult.

Gillespie warned that other issues such as inflation, crime and abortion are likely to be more motivating for Georgia voters.

Wellstar, based in suburban Marietta, acquired AMC and East Point Hospital from Tenet Healthcare during an acquisition spree in 2016 that was part of a $575 million deal that included three other hospitals in the metro area.

Todd Greene, a former Wellstar Community Board member for AMC, said the system has put more resources into its suburban facilities.

“Unfortunately, Wellstar’s hospital-centric management approach has left large portions of Atlanta’s black and brown communities without access to nearby and critical health services,” he said in a written statement.

Wellstar’s announcement of the closure said it had invested more than $350 million in capital improvements at the facility since 2016 and had “lost $107 million in the last 12 months amid falling revenue and rising costs.” inflation for staff and consumables.”

The decision to close the hospital came as no surprise to some staff, said Dr. Sulieman Wazeerud-Din, an emergency room doctor at the hospital, said the doctors were “aware of the financial losses.”

But the abrupt announcement caused a deep sense of sadness among doctors, nurses and other non-medical workers, he said.

In the days since the closure was announced, Grady has offered jobs to a range of Atlanta Medical Center employees, from doctors and nurses to housekeeping and security staff.

David Patton has lived in Atlanta’s Old Fourth Ward for 30 years and said Atlanta Medical Center was a big part of his life.

His grandfather died in an on-campus nursing home, he was treated in the emergency room, and his son took swimming lessons at the hospital’s athletic club while watching the neighborhood transform from a “forgotten” part of the city into that is into one become a lightning rod for new developments.

“It is beyond me that such an institution would be shut down practically overnight,” he said.

KHN (Kaiser Health News) is a national newsroom that produces in-depth journalism on health issues. Along with Policy Analysis and Polling, KHN is one of the three major operational programs of the KFF (Kaiser Family Foundation). KFF is a donated non-profit organization that provides information on health issues to the nation.